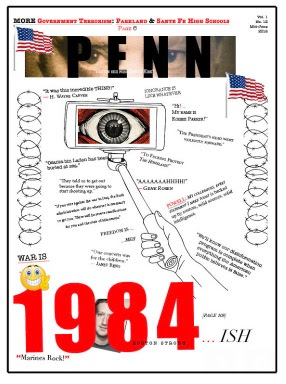 … When you look outside at night, press your nose into the screen and really, really listen into the backyard, I mean really listen … what do you hear?Crickets.I know, right?But in the daytime, when you go out the front door, then what do you hear? What do you see?When you really, really listen and pay attention to what you hear and what you see … how about then? … I know, right?Well, good … no, not good, but at least we know what we are talking about here.So, let’s at least talk about it. That’s a start.Welcome to the Mid-June 1984 Issue of Penn Magazine.PARKLAND SANTE FE SANDY HOOK BOSTON & BROTHERThe forged-in-hell Wall Street law firm of 1984 … ish.

AT THE END OF THE DAY
STAY ON THE SAME PAGE
IT IS WHAT IT IS
The United States Government and its agencies are engaged in a program, at times witty & clever, to deceive the American people, toward what end we can only guess at this point.But who can doubt that at this juncture of American Manifest Destiny, expanding ever outward, it is the cliff for which we proles are headed.This program has been ongoing since at least 1963 and appears to be nearing its end game.That the American people journey each day to work, to play, ever toward their demise more or less willingly and unaware is evidence of some sort of genius at work, though we are not led to stand up and applaud. But, there is still Jim Fetzer, and others, hard at work, warning us of the looming steep drop-off.The day is not over yet.… So, yeah, it seems like that to me, does it to you?Of course, if you’re living right in it you probably can’t see it.Forest for the trees sort of thing, I think.Maybe step back and take a look around.Or not. …
“It’s a beautiful day in this neighborhood.A beautiful day for a neighbor.You look like a reasonably intelligent person, uh huh.Yes you do.Would you be mine?Could you be mine?…You look like you might give a crap about the wars and not talk about your lawn seed on the same day we begin to bomb Baghdad.Perhaps you’re not like these other yokels in our tidy little neighborhood.You have brains inside your head and not hayseed.Yes you do.Would you? Could you?Believe me?The American Dream.It’s time to wake up.You are not sleeping – it is daytime – you look out your window — robins, squirrels, wiener dog poop — fair to partly cloudy — it’s all a fairy tale.You are inside a children’s book, with dragons and monsters and evil kings and queens.You are a character inside someone else’s made-up book. How did we come to this, my neighbor?We have fake history, boys and girls.Yes we do.Our junior high and high school history books should be initalics — handed out by the teacher on the first day with a wink – Remember the Maine – Pearl Harbor – Gulf of Tonkin – Waco – Oklahoma City bombing – moon landings – stolen elections, Osama bin Laden buried at sea.The price of liberty is eternal vigilance —somebody said that.We have not been vigilant, we have been watching TV. 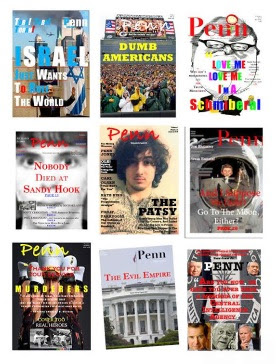