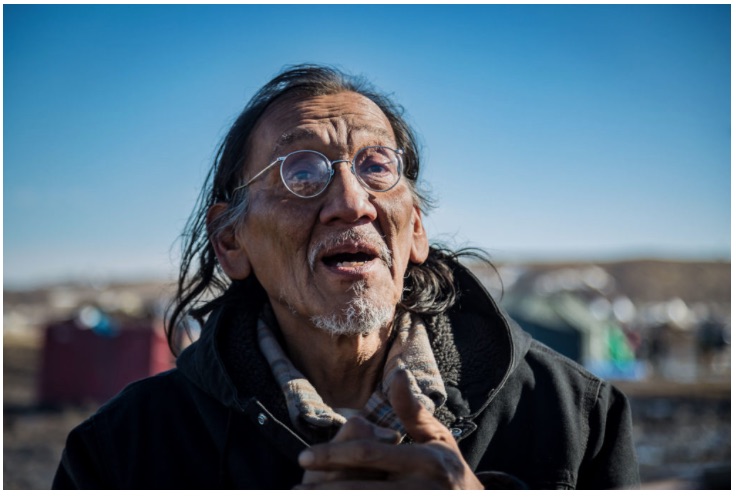 What exactly triggered that hateful leftist social media mob — shamefully egged on by prominent American journalists — to unjustly attack the students at Kentucky’s Covington Catholic High School and denounce them as racists?

The school has been closed. Death threats and bullying continue. Students and family complain they’ve been doxed — their identities revealed so that the hateful mob can harass them some more.

So, what happened? Why were the students vilified?

Was it simply for the sin of being white, Roman Catholic supporters of President Donald Trump, the boys having the gall to wear their “MAGA” hats at the March for Life?

Or was it something else?

“This is a bad day for the news media,” said CNN legal analyst Jeffrey Toobin. “The larger message that a lot of people are going to take from this story is that the news media are a bunch of leftist liars who are dying to get the president, and they’re willing to lie to do it.”

Toobin is clearly a prophet. He doesn’t think it’s true that the news media are a bunch of leftist liars.

But he clearly understands the meat and bones of the thing: Americans think the media lies for political reasons and journalistic credibility flies away, cawing idiotically, like a murder of crows.Unfortunately, the great prophet Toobin wasn’t talking about the Covington story.

Rather, he was talking about another story that came before the Covington story. And it, too, blew up in the media’s face: that BuzzFeed story alleging that Trump had directed his smarmy fixer to lie to Congress. 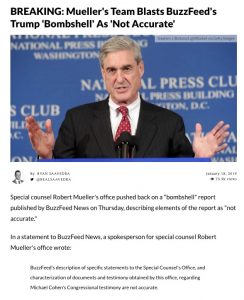 Many in the Democratic Media Complex bought that BuzzFeed story, jumped on it, reported it breathlessly, used it as a platform to pump up their ratings and tease, deliciously, what they’ve been teasing for so long now: Trump’s imminent demise.

Then something happened. It wasn’t true, according to special counsel Robert Mueller.

His office issued a statement refuting the BuzzFeed story. Mueller knocked it down. And so, sheepishly, with egg on their faces, many in that Democratic Media Complex were upset and chastened.

But nature and politics and cable news abhor a vacuum.

And on the day of Mueller’s statement came the March for Life, with huge crowds of people, most of them religious, many of them Christian, marching in protest against abortion. The boys from the Covington school, in their “MAGA” hats, were among them.

Usually, media isn’t all that interested in the March for Life. Media mostly leans to the left and employs social justice warriors to protect abortion rights.

But this year, with the anti-Trumpers deflated after the collapse of the BuzzFeed story, something happened to lift their spirits.

Those Covington High School students were waiting for their bus after the march, on the steps of the Lincoln Memorial, with their “MAGA” hats.

The boys were wrongfully and publicly accused of confronting Native American activist Nathan Phillips, because that was what was highlighted on a short video of the event that went viral.

But it turned out the aggressors were Phillips himself, pounding his drum and singing loudly within inches of a Covington boy’s face, and several Black Hebrew Israelite protesters shouting horrible racist insults at the boys.

Phillips’ credibility is becoming shakier by the day. I don’t want to call an old man a liar when he’s playing the hero, but he’s all over the map on his facts.

“There was that moment when I realized I’ve put myself between beast and prey,” Phillips told reporters, rather dramatically. “These young men were beastly, and these old black individuals was their prey, and I stood in between them and so they needed their pounds of flesh and they were looking at me for that.”

Prey? That’s ridiculous. I won’t repeat what the Black Hebrew Israelites said, but what they said was racist and cheap and stupid and ugly.

One of the students, Nick Sandmann, was unlucky enough to be confronted by Phillips. Sandmann was provoked, clearly, but he didn’t attack, he just smiled nervously.

But the way many reacted — including media — suggests they’ve never raised a child.

If you’re a parent, think of your child in that situation, not being angry, not overreacting, just standing, calmly, with a nervous smile that was derided as a hateful smirk of privilege.

“He is deplorable,” Sellers tweeted. “Some ppl can also be punched in the face.”

He deleted that tweet, but does that erase the fact? CNN’s Ana Navarro also deleted a tweet that likened Covington parents to paper towels in a toilet.

“Have you ever seen a more punchable face than this kid’s?” asked former CNN personality Reza Aslan.

But it wasn’t just CNN and those on the left that peeled the skin of the boys from Covington.

The most depressing part of it all is that the center-right also jumped on them hard, lest they, too, be accused of supporting thought crimes.

This is the new debilitating fear in America: being accused of thought crime and attacked by cyberbarbarians. You may be shamed and lose your career and have everything taken away.

Depending, of course, upon your politics.

John Kass is a columnist for the Chicago Tribune. His Twitter handle is @john_kass.