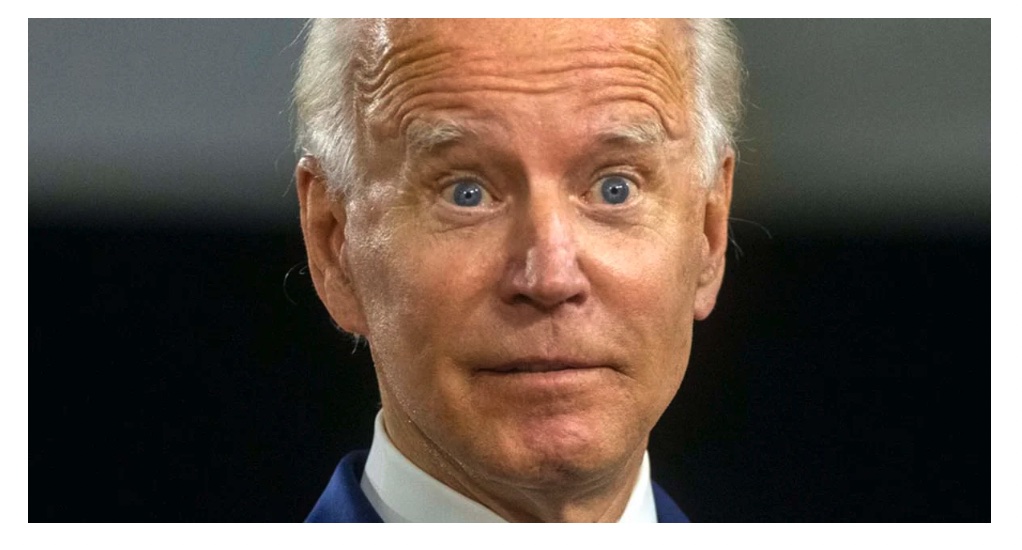 Our country is being destroyed. It’s clearly a purposeful communist attack upon America from a thousand different directions. But the President isn’t Biden. He is just the figurehead/puppet. The real president is Obama.
This is clearly the third term of Obama. His fingerprints are everywhere.

No president can legally serve three terms. Hence the need for a figurehead. Biden is just a “DDD”- a dummy with dementia and diapers. He says whatever is written on cue cards and signs whatever paper is put in front of him. That allows Obama to run the country from the shadows.

As long as they feed Biden his baby food, change his diapers and allow him to sniff little girls’ hair, Biden does whatever his handlers tell him to do.

But Obama isn’t the brains of the operation. Obama is just a communist tool. Obama takes his orders from a team of communist suicide bombers: Valerie Jarrett, Susan Rice, George Soros, Klaus Schwab, Bill Gates and of course, the boss of all bosses, the capo di tutti, China and the Chinese Communist Party.

Obama is owed lock, stock and barrel by the Deep State, United Nations, World Economic Forum and China. The reason it’s important to know Obama is the real president is because Obama was my college classmate at Columbia University, Class of 1983- where we learned the plan to destroy America.

That plan was called “Cloward-Piven.”

Obama learned it well. It’s happening today. Look around. The powers-that-be have just given it a different name: “The Great Reset.”

But the goals are the same- destroy America, make us into a socialist nation, make everyone poor and dependent on government to survive, and make us into a one-party country (Democrat Party) with no opposition or dissent.

They are following the Cloward-Piven game plan to a T:

As a background, Frances Fox Piven is a professor of political science and sociology at the Graduate Center of the City University of New York.[2] The late Richard Cloward was an sociologist and liberal activist, and Piven’s spouse.[3]

Their “strategy” to implement political crisis to achieve a guaranteed annual income was published in the May 2, 1966 of The Nation, a leading liberal political and cultural magazine. In this publication, their main goal to achieve the crisis was to have “a massive drive to recruit the poor onto the welfare rolls.” A federal program to administer these large welfare programs would be needed. This is because if it is administered locally, there would be lower enrollment because “the poor are most visible and proximate in the local community; antagonism toward them has always, therefore, been more intense locally than at the federal level.”
. . .
The solution of a guaranteed income to end poverty also must be free from any sort of conditions, like work requirements. They say, “conditional benefits result in violations of civil liberties throughout the nation, and in a pervasive oppression of the poor.” So, according to them, not only are people entitled to other people’s money, there can be no conditions on that. Under this logic, they are entitled to the coercive taking of others money because they exist. Cloward and Piven also stress the importance of marketing these benefits to the masses.

The Cloward-Piven strategy also stresses that any removal of benefits should require stringent legal review. The benefits should require administrative hearings with additional court hearings to place barriers to the removal of benefits once received. They hypothesized that lawyers could “be recruited on a voluntary basis, especially under the banner of a movement to end poverty by a strategy of asserting legal rights.” Enter the ACLU.

The liberal strategy calls for a “climate of militancy” that would overcome attitudes of being on welfare. They state that “as the crisis develops, it will be important to use the mass media to inform the broader liberal community about the inefficiencies and injustices of welfare.” The liberal infestation of mainstream media has occurred.
. . .
Their “ultimate aim of this strategy is a new program for direct income distribution”, also known throughout history as Socialism/Communism which has led to the death, despair, and depravity of hundreds of millions.

The four steps of the Cloward-Piven Strategy:

As Milton Friedman famously said, “there is nothing so permanent as a temporary government program.” This is because government sets out to “fix” a problem with a new program. However, that program never seems to go away. Does this mean government never fixes a problem, or that government will never shrink unless forced to do so by receiving less money?

It’s death by a thousand paper cuts. Under eight years of Obama they “boiled the frog slowly.” They attacked in slow motion, hoping you wouldn’t notice. Like cooking a frog- they set the temperature so low, the frog doesn’t realize he’s being boiled until he’s dead.

But now with Biden taking the heat, Obama is free to accelerate the process. Now Obama is throwing caution to the wind. He’s set the heat as high as it goes.

This is the final communist takeover of America.

The biggest scams in world history are all being carried out right now…all at once…right in front of your eyes. They’re hitting you from so many directions, you’re a combination of dizzy and punch drunk.

I’ll explain the whole TOP TEN list of the greatest scams in history, in detail, in my next column.

But here are the two biggest scams of all-time. These two scams are the foundation of this communist attack.

It all started with a stolen election.

That was number one. They had to remove Trump. They spied on his campaign; then they spied on his actual presidency (which is treason); they trumped up fake charges to frame him; they spewed propaganda like the Third Reich; and they tried to impeach him multiple times over nothing.

When they failed at all of that, they simply stole the 2020 election.

Now they’ve weaponized the DOJ and FBI to raid the former president’s home, ruin him, demonize him, bankrupt him, frame him, indict him for crimes he didn’t commit, to prevent him from ever running again.

Trump scares them that much.

With Trump out of the way, there is no one to stop them. Now they’re coming for you and me.

That’s the most deadly weapon in their toolbox. Open borders is a swiss army knife- it accomplishes everything at once.

It’s simple. Just open the borders, invite the whole world in, and fill America with tens of millions of illegal aliens; the poorest people in the world who require welfare from cradle to grave; sick people with third world diseases who want free healthcare; and violent criminals. That’s how you sink the economy. That’s how you explode the debt. That’s how you overwhelm the system. That’s how you make America a foreign nation.

And as a bonus, that’s how you out-vote the legitimate citizens of America.

In my next column, I’ll unveil the entire TOP TEN greatest scams of all-time that Obama, Biden and Democrats are using to burn this country down.

But in the meantime, just understand, the people in control of our nation are pure evil, and they won’t rest until they’ve destroyed the greatest country in world history, and made you and me into serfs and slaves.

They are communist SUICIDE BOMBERS. 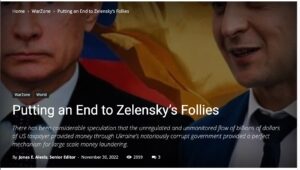 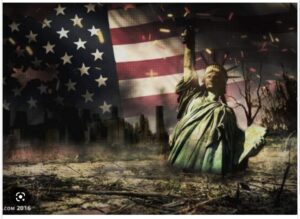 25 thoughts on “WAYNE ROOT: BIDEN IS NOT IN CHARGE. HERE IS EXACTLY WHAT’S HAPPENING.”