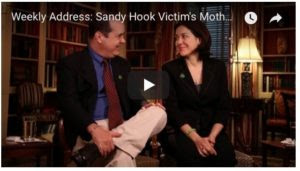 James Tracy: In Solidarity with Alex Jones – Sandy Hook Mother feted by Obama was Personal Assistant to Democratic Fund Raiser Maureen White
Mr. President,
On 16 January 2013, in the wake of the Sandy Hook school shooting, President Barack Obama signed no less than 23 executive orders to constrain our access to weapons under the 2nd Amendment. A few months thereafter, on 13 April 2013, at Obama’s invitation, one Francine Wheeler delivered an impassioned speech for gun control from the President’s Oval Office, a distinction Obama previously  conferred only upon Vice President Joe Biden. The choice is telling on multiple grounds.
Francine is likely the only actress with credits for doing the voice of a character in an animated porn feature to speak from the White House. Francine is also a musician member of “The Dream Jam Band.” In fact, she and her husband, David Cole Wheeler, are both professional actors with film credits. David has starred in an obscure film, “Faithful”, which centers around the theme of guns and suicide, and he’s most recently been on the speaking circuit in the role of a bereaved Sandy Hook parent.
More to the point, the Wheelers’ involvement in Sandy Hook and Francine’s choice to speak from the Oval Office appear to derive from Francine having been previously employed as personal assistant to chief Democratic National Committee fundraiser Maureen White. In fact, White was the DNC’s star campaigner, raising $51 million in 2005 alone. White then served as senior advisor on humanitarian issues in Afghanistan and Pakistan under Secretary of State Hillary Clinton, which is suggestive of the political alliances behind the Sandy Hook event.
Maureen’s husband, powerful Wall Street investment banker and Obama administration advisor Steve Rattner, is also a close personal friend and money manager of anti-gun crusader and founder of Mayors Against Illegal Guns Michael Bloomberg. Bloomberg used the Sandy Hook shooting as a rallying cry for more stringent federal gun control measures. Rattner is a member of the Council on Foreign Relations.
The more we dig into Sandy Hook, the more we learn its probable motivation as a FEMA drill presented to the public as real to promote the DNC gun control agenda.
Very respectfully,
James F. Tracy
Reference:
James Tracy, “Francine Wheeler was Personal Assistant to DNC National Finance Chair”, Memory Hole Blog, 15 May 2016. 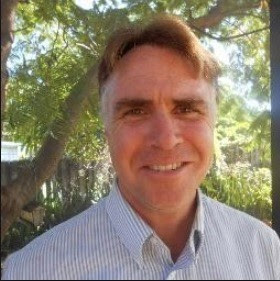 James F. Tracy is a media scholar, educator and political analyst located in South Florida. He received his doctoral degree from The University of Iowa in 2002 and was a tenured Associate Professor of Journalism and Media Studies at Florida Atlantic University from 2002 to 2016. Beginning in 2013 Tracy became victim of a media-led smear campaign as one of the few working academics to publicly question the Sandy Hook Elementary School massacre and Boston Marathon bombings. In 2015 Florida Atlantic succumbed to public pressure and terminated his professorship. Tracy has filed a First Amendment lawsuit against FAU and its officials that is now before the Eleventh Circuit Court of Appeals.
DOC (2 Pages):  Tracy Sandy Hook Francine Wheeler
See Especially:
Memoranda for the President on Sandy Hook: Is FEMA A False Flag Fake News Terrorist Node? Should #GoogleGestapo Be Closed Down?
See Also:
Memoranda for the President on 9/11: Time for the Truth — False Flag Deep State Truth!
Please follow and like us: