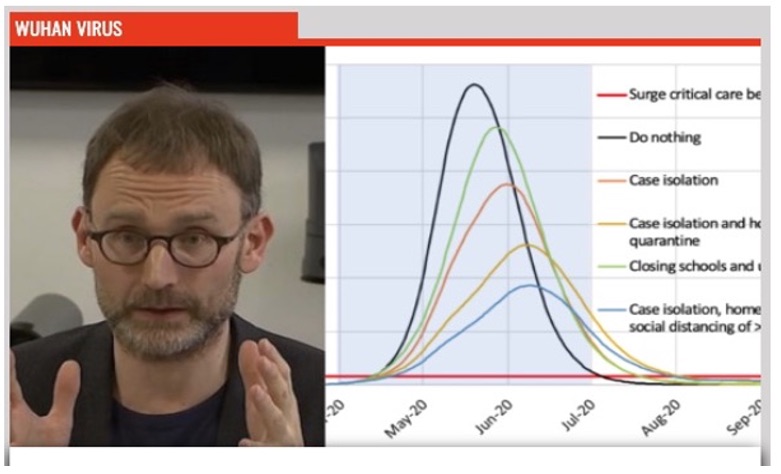 A narrative has taken hold since the release of Bob Woodward’s latest book that President Trump was told in late January that the coronavirus was spreading across America at pandemic rates but ignored the dire warnings of government experts.

That narrative is wrong and unfair.

The truth is that during the crucial early weeks of the pandemic, the government’s public health leaders assured Trump that the virus was not spreading in communities in the United States. They gave him bad intelligence because of two catastrophic failures: First, they relied on the flu surveillance system that failed to detect the rapid spread of covid-19; and second, they bungled the development of a diagnostic test for COVID-19 that would have shown they were wrong, barred commercial labs from developing tests, and limited tests to people who had traveled to foreign hot spots or had contact with someone with a confirmed case. As a result, according to former Food and Drug Administration chief Scott Gottlieb, they were “situationally blind” to the spread of the virus.

In an interview Sunday on CBS News’s “Face the Nation,” Gottlieb said officials at the Department of Health and Human Services “over-relied on a surveillance system that was built for flu and not for coronavirus without recognizing that it wasn’t going to be as sensitive at detecting coronavirus spread as it was for flu because the two viruses spread very differently.” Officials were looking for a spike in patients presenting with flu-like respiratory symptoms at hospitals. But there was a lag of a week or more in reporting data, and because many of those infected with the novel coronavirus didn’t develop symptoms, or did not present with respiratory illness, they were not picked up by this monitoring. As a result, officials concluded “therefore, coronavirus must not be spreading.” 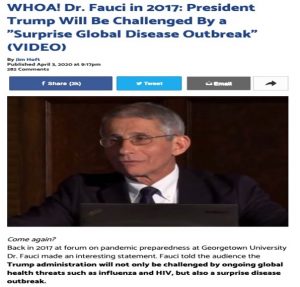 They also failed to detect the spread, Gottlieb said, because for six weeks, they “had no diagnostic tests in the field to screen people.” That is because the FDA and HHS refused to allow private and academic labs to get into the testing game with COVID-19 tests of their own. The FDA issued only a single emergency authorization to the Centers for Disease Control and Prevention — and then scientists at the CDC contaminated the only approved test kits with sloppy lab practices, rendering them ineffective. The results were disastrous.

How badly did the system fail? Researchers at the University of Notre Dame found that only 1,514 cases and 39 deaths had been officially reported by early March, when in truth more than 100,000 people were already infected. Because of this failure, Gottlieb said that as COVID-19 was spreading, CDC officials were “telling the coronavirus task force … that there was no spread of coronavirus in the United States,” adding “They were adamant.”

It is often noted that on Feb. 25, Nancy Messonnier, director of the CDC’s National Center for Immunization and Respiratory Diseases, pointed to the spread of the virus abroad and said, “It’s not a question of if this will happen but when this will happen and how many people in this country will have severe illnesses” — and Trump reportedly nearly fired her. But Messonnier also said in that same interview, “To date, our containment strategies have been largely successful. As a result, we have very few cases in the United States and no spread in the community.” She added that the administration’s “proactive approach of containment and mitigation will delay the emergence of community spread in the United States while simultaneously reducing its ultimate impact” when it arrives. She had no idea it already had.

On Feb. 20, Gottlieb co-authored a Wall Street Journal op-ed raising concerns that infections were more widespread than CDC numbers showed. The next day, on Feb. 21, Anthony S. Fauci said in a CNBC interview that he was confident this was not the case. “Certainly, it’s a possibility,” Fauci said, “but it is extraordinarily unlikely.” He explained that if there were infected people in the United States who were not identified, isolated and traced, “you would have almost an exponential spread of an infection of which we are all looking out for. We have not seen that, so it is extremely unlikely that it is happening.” Fauci said the “pattern of what we’re seeing argues against infections that we’re missing.” 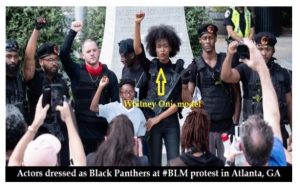 The DNC/CV Conspiracy: How BLM, Antifa, and the Democratic Party Agenda fit together

It was not until Feb. 26 that the first possible case of suspected community spread was reported. Even then, senior health officials played down the danger. On Feb. 29, CDC director Robert Redfield said at a White House press briefing: “The American public needs to go on with their normal lives. Okay? We’re continuing to aggressively investigate these new community links. … But at this stage, again, the risk is low.” It was not until early March that the experts realized just how disastrously wrong they had been.

So, when Trump told the American people on Feb. 25 that “the coronavirus … is very well under control in our country. We have very few people with it,” he was not lying or playing down more dire information he was being told privately. He was repeating exactly what experts such as Fauci, Redfield and Messonnier were telling him.

Trump did make serious errors of his own during this early period. On deputy national security adviser Matthew Pottinger’s advice, he barred travel by non-U.S. citizens from China on Jan. 31. But he did not also shut down travel from much of Europe, as Pottinger recommended, until March 11 — almost six weeks later — because of objections from his economic advisers. The outbreak in New York, the worst of the pandemic, was seeded by travelers from Italy.

But the main reason we were not able to contain the virus is that for six critical weeks, the health experts told the president COVID-19 was not spreading in U.S. communities when it was, in fact, spreading like wildfire. They were wrong. The experts failed the president — and the country.

Marc A. Thiessen is a columnist for The Washington Post.

34 thoughts on “Marc Thiessen, Trump did listen to experts on the pandemic. They just failed him.”