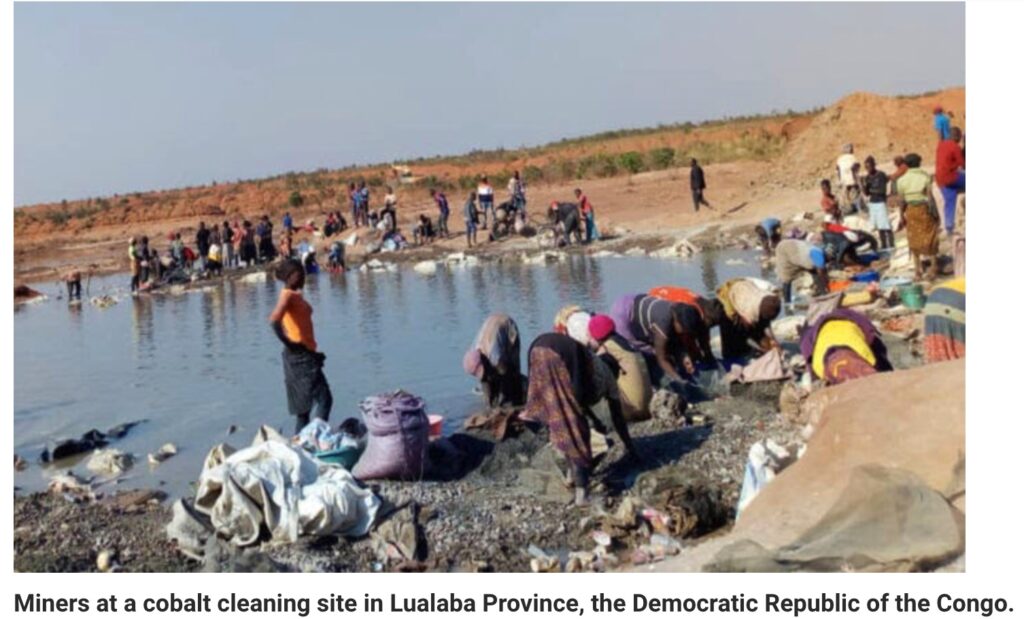 In the Democratic Republic of Congo, hope for a better life dissolves as well-funded Ugandan-led extremist groups force children as young as 6 to work in cobalt mines.

Closer to home, Nevada’s Fort McDermitt Tribe and local ranchers fight to protect a sacred burial site and agricultural lands set to be sacrificed by Lithium Nevada, a mining company, in the coming days.

Meanwhile, in California and other states, politicians such as Gov. Gavin Newsom (D-Calif.) pat themselves on the back for their “aggressive” environmental stance and boast that their gas-powered vehicle bans are leading “the revolution towards our zero-emission transportation future.”

According to politicians like Newsom and President Joe Biden, electric vehicles (EV) are “zero-emission” because they use lithium-ion batteries—consisting of lithium, cobalt, graphite, and other materials—instead of gas.

Thus, starting in 2035, California will ban gas-powered vehicle sales, while several other states plan to follow suit, citing that as a goal and “critical milestone in our climate fight,” on Twitter.

John Hadder, director of the Great Basin Resource Watch, disagrees, pointing out to The Epoch Times that “industrial” nations might benefit from the transition to EVs, but it’s at the expense of others. 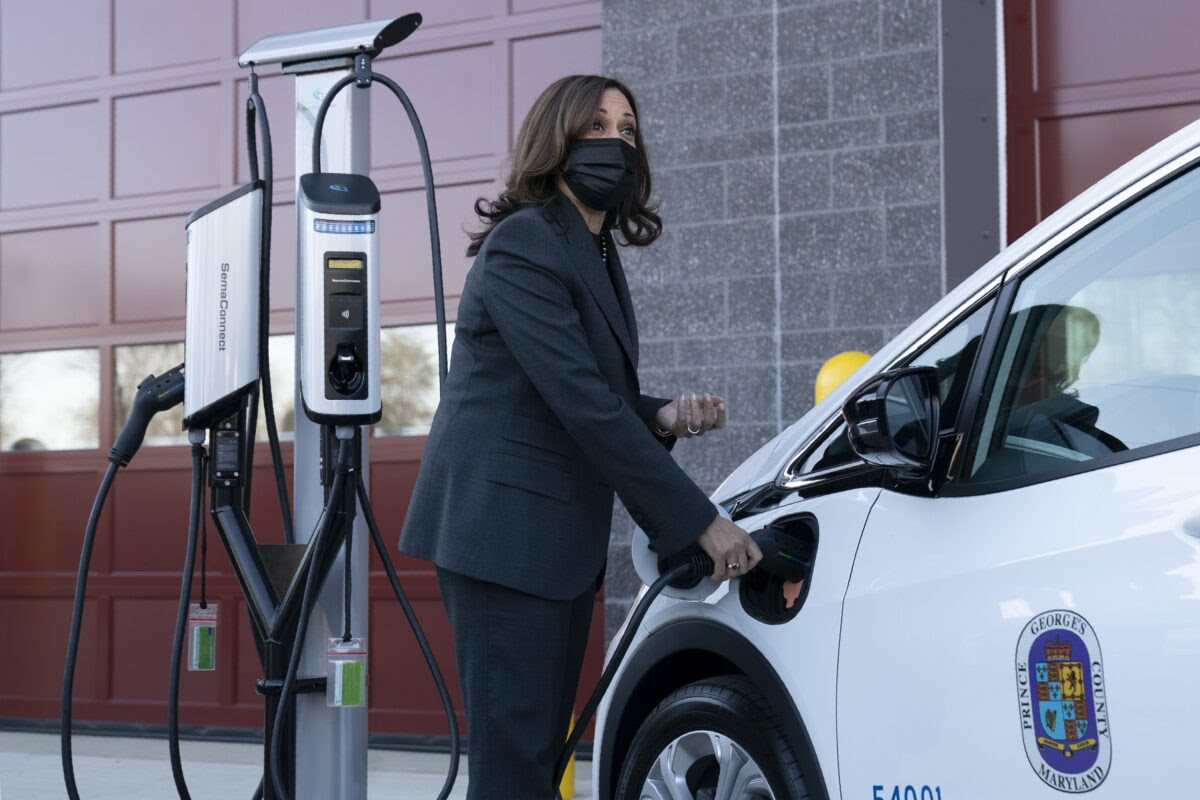 “This expansion of [lithium] mining will have immediate consequences for front-line communities that are taking the ‘hit.’”

For example, Copiapó, the capital of Chile’s Atacama region, is the location of one of the world’s largest known lithium reserves.

“We used to have a river before, that now doesn’t exist. There isn’t a drop of water,” Elena Rivera Cardoso, president of the Indigenous Colla community of the Copiapó commune, told the National Resources Defense Council (NRDC).

She added that all of Chile’s water is disappearing because of the local lithium mine.

“In all of Chile, there are rivers and lakes that have disappeared—all because a company has a lot more right to water than we do as human beings or citizens of Chile.” 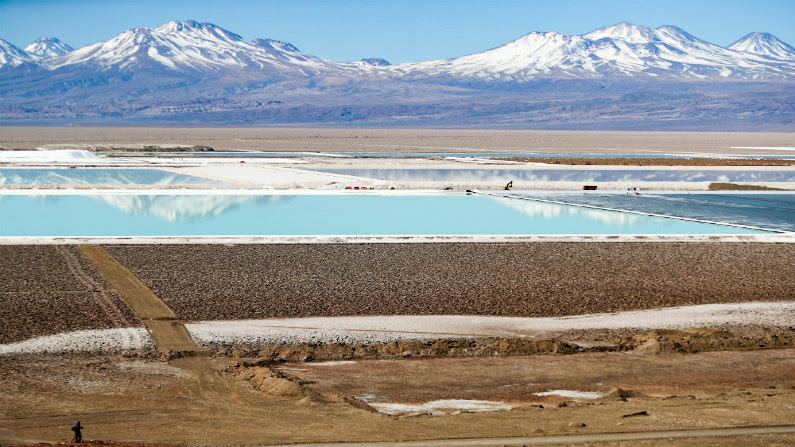 Brine pools from a lithium mine that belongs to U.S.-based Albemarle Corp., are seen on the Atacama salt flat in the Atacama desert, Chile, on Aug. 16, 2018. (Ivan Alvarado/Reuters)

In collaboration with Cardosa’s statement, the Institute for Energy Research reports that 65 percent of the area’s limited water resources are consumed by mining activities.

That’s displacing indigenous communities who have called Atacama home for more than 6,000 years, because farmers and ranchers have cracked, dry soil, and no choice but to abandon their ancestral settlements, according to the U.N. Conference on Trade and Development (UNCTAD).

Mine Proposed in Northern Nevada

Saying goodbye to an ancestral homeland as a local lithium mine destroys it is something the communities in northern Nevada are fighting to avoid.

“The agricultural communities on either side of the pass are likely to be changed forever,” Hadder told The Epoch Times. “The [Thacker Pass mine] could affect their ability to farm and ranch in the area. The air quality will decrease … and increased water scarcity is likely.” 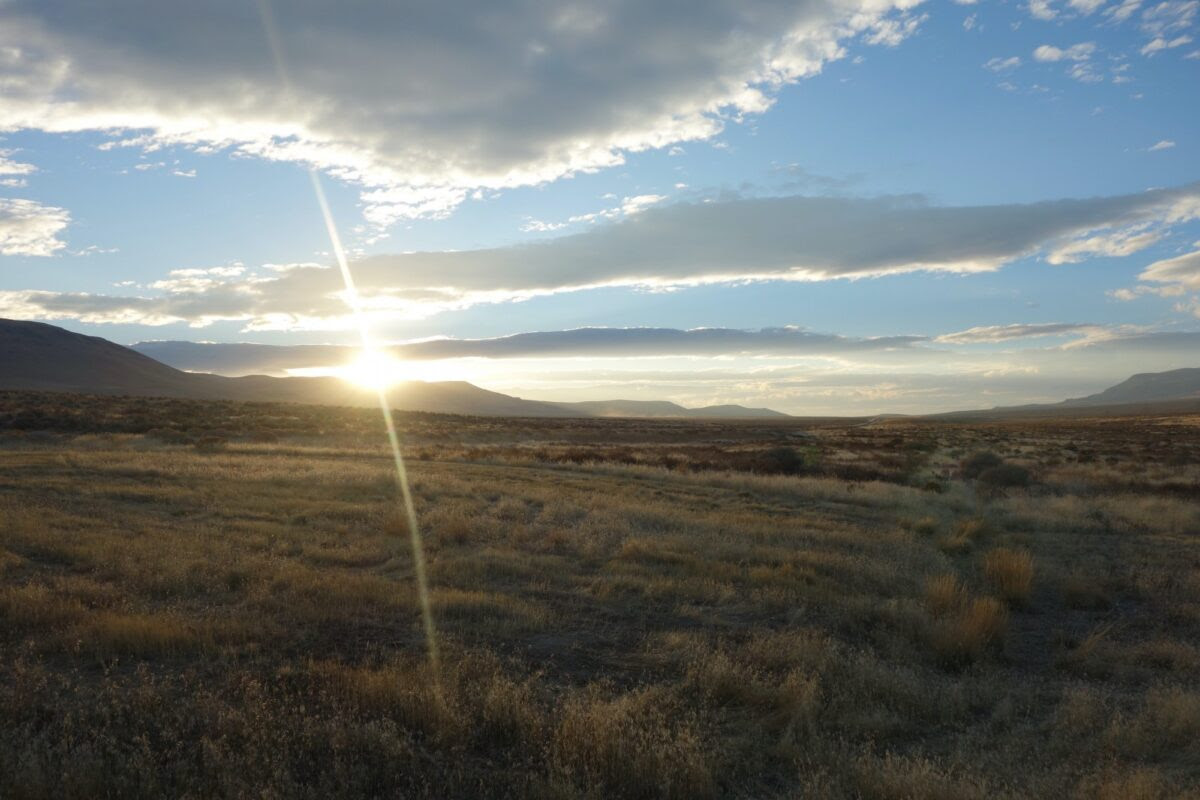 Hadder pointed out that the Quinn-Production well in Orovada Subarea Hydrographic Basin, which supplies water to Thacker Pass, is already heavily overallocated.

But, lacking water isn’t the only concern locals have with Thacker Pass, he says.

“[The National Congress of American Indians] are deeply concerned that the mine will threaten the community with man-camps and large labor forces,” Hadder said. “The introduction of man-camps near reservations has been shown to correlate strongly with an increase in sexual assaults, domestic violence, and sex trafficking.”

That concern has merit. In 2014, the United Nations found that “extractive industries,” aka mines, led to increased instances of sexual harassment, violence, rape, and assault, due to “man-camps” or workers at the mine. 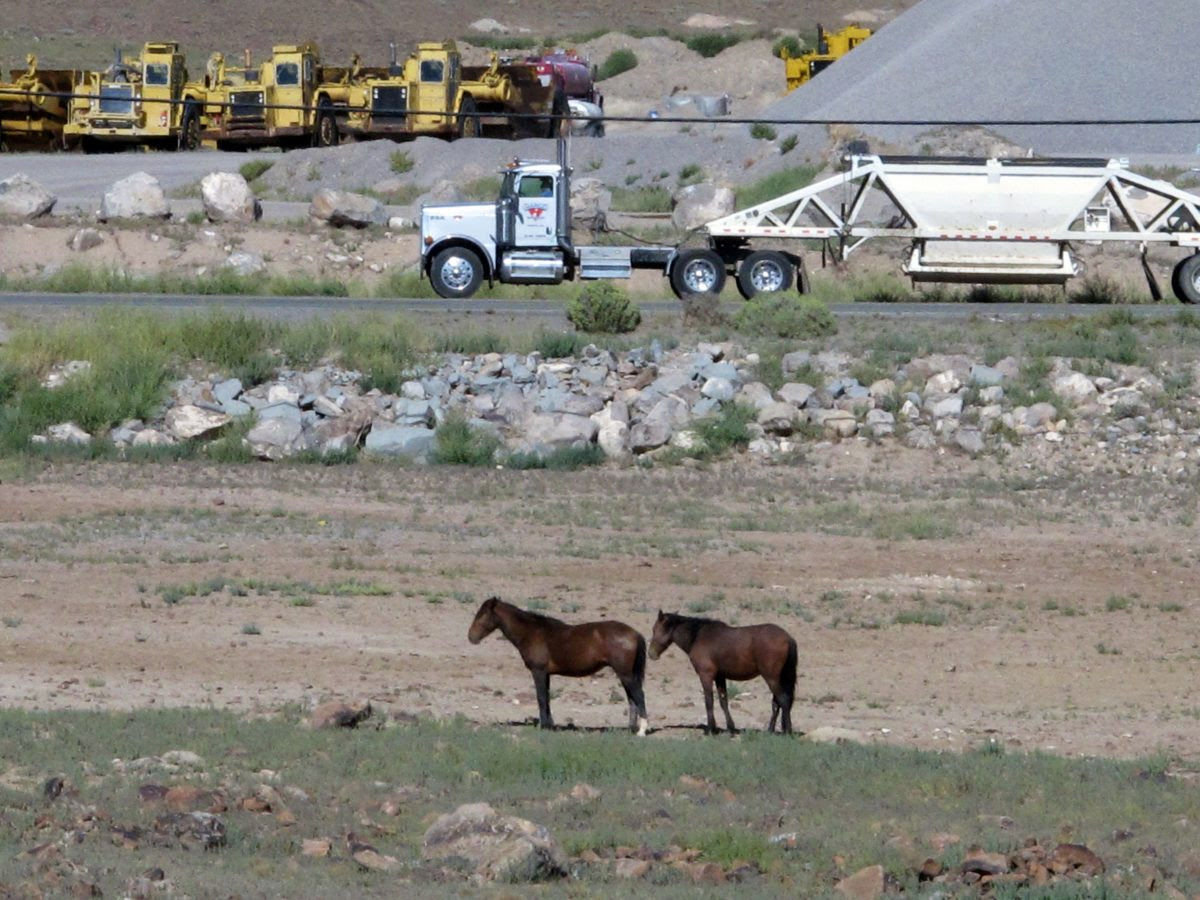 Tesla Motors Inc. plans to build a 6,500-worker “gigafactory” to mass produce cheaper lithium batteries for its next line of more-affordable electric cars near the center. (AP Photo/Scott Sonner)

In 2019, the U.S. Bureau of Justice Statistics published a study validating the above information. It found a 70 percent increase in violent crime “corresponding to the growth of extractive industry in the areas, with no such increase observed in adjacent counties without extractive industries.”

That’s something the people of the Democratic Republic of Congo (DRC) know from first-hand experience.

In its 2022 report, the U.S. Geological Survey reported that in 2021, more than 70 percent of the global cobalt production came from the DRC and that southern Congo sits atop an estimated 3.5 million metric tons—almost half—of the world’s known supply.

It’s also one of the world’s poorest countries, according to the nonpartisan Wilson Center, and plagued by humanitarian crises, some of which are directly caused by mining. 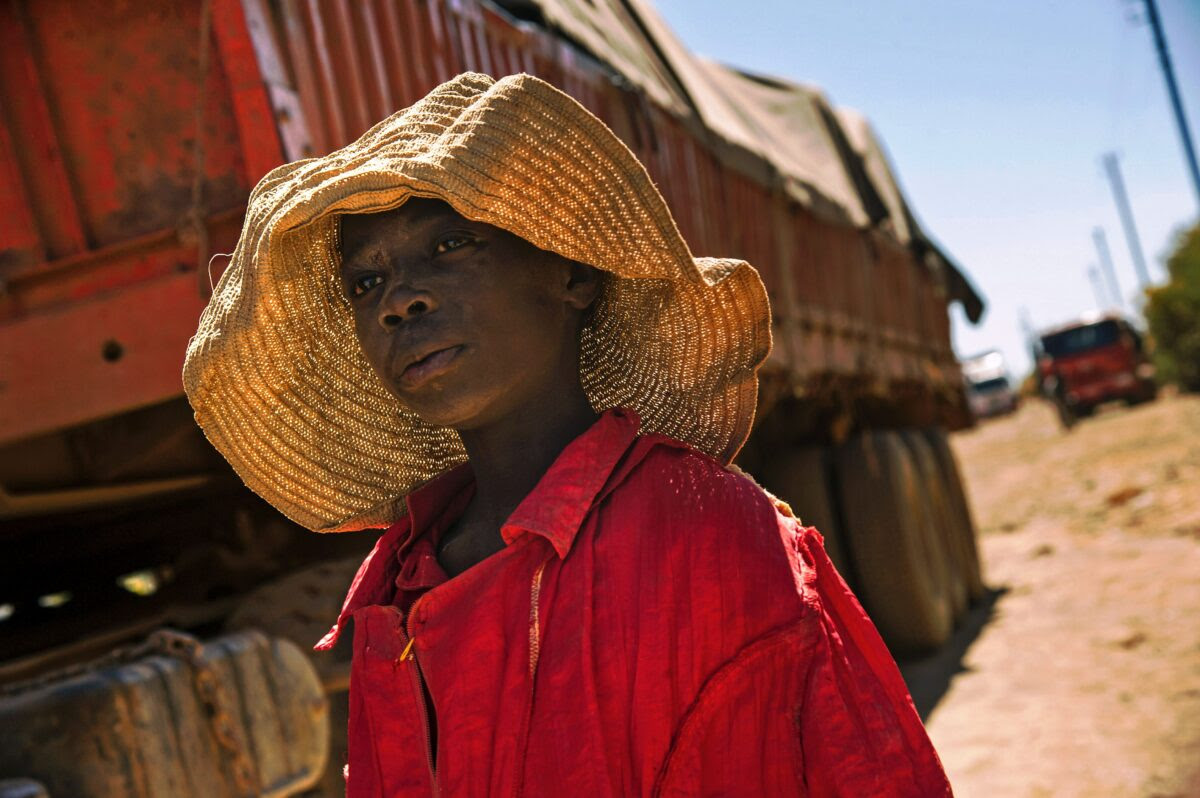 A child walks past a truck carrying rocks extracted from a cobalt mine at a copper quarry and cobalt pit in Lubumbashi, Democratic Republic of the Congo, on May 23, 2016. (Junior Kannah/AFP via Getty Images)

In December 2021, researchers at Northwestern University conducted an environmental life cycle assessment on extracting raw materials needed for EVs and published their paper in One Earth’s Journal.

They found cobalt mining was associated with increased violence, physical and mental health challenges, substance abuse, and food and water insecurity, among other issues. They further noted that community members lost communal land, farmland, and homes, which miners dug up to extract cobalt.

“You might think of mining as just digging something up,” said Sera L. Young, an associate professor of anthropology at Northwestern University. “But they are not digging on vacant land. Homelands are dug up. People are literally digging holes in their living room floors. The repercussions of mining can touch almost every aspect of life.”

That “every aspect of life” includes children. In the DRC, an estimated 40,000 children are working in the mines under slave labor conditions—some as young as 6. Initially, there was hope that DRC President Felix Tschisekedi would curb the abuses, but now those hopes are dwindling. 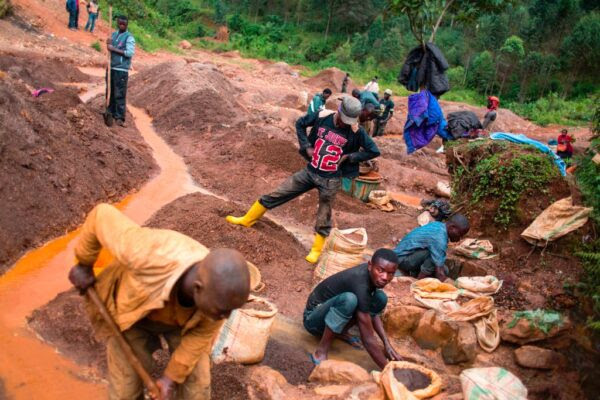 People work at the Kalimbi cassiterite artisanal mining site north of Bukavu, in the Democratic Republic of Congo, on March 30, 2017. (Griff Tapper/AFP via Getty Images)

In her address before the U.S. Congress on July 14, Crisis and Conflict Director for Human Rights Watch Ida Sawyer stated that “child labor and other serious human rights abuses in the mining sector remain widespread, and these challenges only become harder to address amidst rampant corruption.”

“The Allied Democratic Forces (ADF), a Ugandan-led armed Islamist group with ties to the Islamic State (ISIS) … as well as their backers among the Congolese political and military elite, control lucrative mineral resources, land, and taxation rackets.”

The Wilson Center reports that there are an estimated 255,000 Congolese miners laboring for cobalt, primarily using their hands. 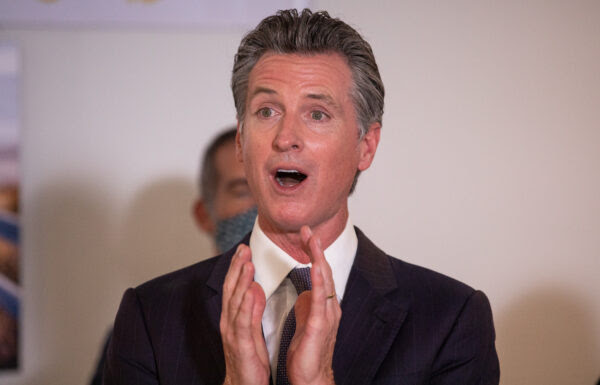 Meanwhile, in California, Newsom extolled his state’s move away from fossil fuels.

“This plan’s yearly targets—35 percent ZEV sales by 2026, 68 percent by 2030, and 100 percent by 2035—provide our roadmap to reducing dangerous carbon emissions and moving away from fossil fuels. That’s 915 million oil barrels’ worth of emissions that won’t pollute our communities.”’ 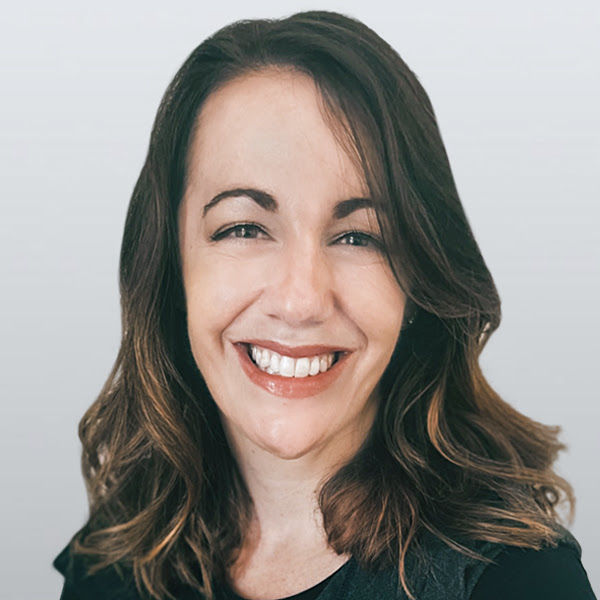 Katie Spence covers energy and politics for The Epoch Times. Before starting her career as a journalist, Katie proudly served in the Air Force as an Airborne Operations Technician on JSTARS. She obtained her degree in Analytic Philosophy and a minor in Cognitive Studies from the University of Colorado. Katie’s writing has appeared on CNSNews.com, The Maverick Observer, The Motley Fool, First Quarter Finance, The Cheat Sheet, and Investing.com. Email her at katie.spence@epochtimes.us
Please follow and like us: