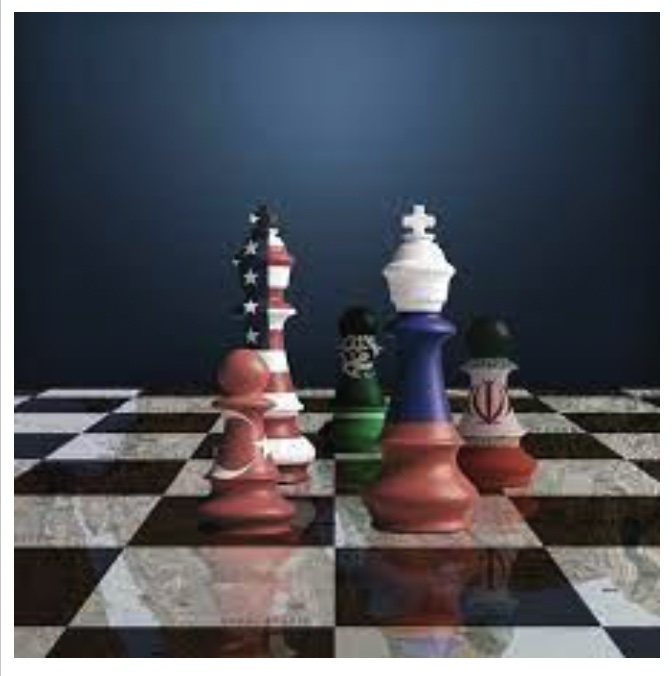 On May 13th, 2022 for the first time, Russia used its S-300 air defense system against Israel, firing at Israeli jets after an air strike in northwestern Syria. In 2015 Putin had come to the defense of Syrian ally President Assad, requesting Russian military assistance against US-Turkey-Saudi backed ISIS terrorists, successfully securing Assad from yet another illegal US coup insurgency. Recall that Syria was among the targeted nations per the infamous Bush-Cheney-neocon takedown list of 7 nations in 5 years, disclosed by General Wesley Clark. But with Libya, Syria, Iraq, Afghanistan, Lebanon, Sudan, Yemen and Somalia all now arguably left failed states, compliments of US unipolar aggression and imperialistic wars clearly fought for Israel’s Yinon plan, only Iran still stands intact militarily unattacked. But unhappy over the latest developments and concessions after a Russian brokered new US-Iran deal in March, in response Israel has acquired new capabilities ramped up for launching a potential attack against Iran.

Like Syria, Iran has sought security in a strengthened alliance with both Russia and China, and currently on a waiting list to join BRICS. Thus, with US humiliatingly losing all its wars in the Middle East, combined with Trump’s troop withdrawal and diminished US role in the conflicted region, Israel has become more active, both in trade selling its weapons and technology to “friendly” Arab Gulf States and even more militarily aggressive against its Arab enemies, at will violating Syrian airspace taking out Iranian targets and/or interdicting weapon supplies intended for Hezbollah.

Firing on Israeli fighter jets in May was Russia’s first shot across the bow, in an instant crumbling years-in-the-making bromance brewing between the now finally deposed Netanyahu and Putin. The two strongmen are now just one still standing tall, all 5’ 2” to 5’5” of him, increasingly against a Jewish State fretting over losing its important strategic ally that Rothschild controlled Israel worked so hard acquiring. Is the economic alliance between Israel, Russia and China still intact, including their infrastructure partnership of the Belt and Road Initiative complete with smart cities digital super-surveillance? Complete with the long dreamt one world government capital of Jerusalem?

A half decade ago Israel and Russia were becoming the best of friends, or so it seemed. Zionist Israel, owned and operated by the Rothschild banking cartel that for centuries backs both sides to every global conflict it subversively creates and promotes, had Benjamin Netanyahu making his fourth visit to Moscow by June 2016 to meet with Putin, followed by a parley with Russia’s chief [Chabad] Rabbi Berel Lazar, remarking at the time “Russian-Israeli relations have never been closer,” as a consequence of both countries feeling “snubbed” by the same powerful Western allied nations.

But everything changed this year starting with Putin’s intervention in Ukraine, followed in May by Russia’s S-300 chasing away Israeli fighter jets from an airstrike in Syria. Russia’s latest jolt hitting Israel below the belt arrived in early July 2022, when Moscow officials ordered the nonprofit Jewish Agency in Russia to shut down its services, facilitating Russian Jews to emigrate to Israel, after the last 33 years of its near century long worldwide operation. This week alarmed Israeli Foreign Minister Yair Lapid sent an emergency delegation to Moscow for the July 28th hearing at a Moscow district court. Earlier in July the Russian Justice Ministry filed a preliminary injunction appeal calling for the Jewish Agency’s “dissolution” of its operations in Russia. Moscow’s legal reason for requesting a court order to, in effect, cut off the exodus of Russian Jews emigrating with Israeli citizenship is legally based on Russia’s allegations that the Jewish Agency systematically breached private confidentiality rights of its Jewish Russian citizens. Obviously, the real reason is both political and pragmatic, using a legal technicality that Israel already promptly paid fines to ostensibly ameliorate. Despite Israel’s standard policy to simply throw cash out to sidestep any obstacle or issue making it go away, this time it didn’t work.

From the start, Russia’s objective in Ukraine has been to de-Nazify the nation whose national hero – Stepan Bandera, was a hardcore Nazi collaborator who murdered up to 100,000 Jews in Ukraine during World War II. Many Ukrainian Jews openly support the neo-Nazism hatred openly displayed toward ethnic Russians living in the Donbas region, where since the illegal US coup in 2014, at least 14,000 civilians have been killed mostly by Ukraine’s National Guard, the infamous neo-Nazi Azov Battalion. In May Russian Foreign Minister Sergei Lavrov intentionally stirred up a hornet’s nest, simply mentioning Hitler may have had Jewish blood, insinuating that Ukrainian Jews like President Zelensky are zealously supporting Nazis in Ukraine. Though irritated by Israeli Foreign Minister Yair Lapid’s reaction, calling Lavrov’s words “unforgiveable” and “outrageous,” it’s an understatement to say the Kremlin is angry over Lapid falsely accusing Russia of committing war crimes in Ukraine, disappointed and disgusted over Israel escalating global tensions as a vassal succumbing to the West’s bandwagon demonizing Russia, fully backing Kiev lies after it likely staged the Bucha false flag, blaming Russians for Ukraine murdering its own civilians.

As a Russian ally, Israel was initially slow to condemn Moscow’s special military operation in Ukraine. But it ultimately folded, giving its full loyalty to fellow Jew Zelensky and the West’s team of suicidal losers (per elite design of course), to further dampen, if not permanently sour and freeze, the previous decade’s ultra-cozy Israeli-Russian relations. Obviously, closing the Jewish Agency is Russia’s payback punishment behind suddenly halting its operation in Russia after a third of a century. Since 1989 one million Russian Jews have moved or taken up dual citizenship residence in Israel, leaving only about an estimated half million Jews still left in Russia.

An April 13th New York Times article reported that within just days after the Russian military entered Ukraine, planeloads of computer specialists as part of a well-organized massive brain drain from Russia were leaving their homeland, headed for safer ground in other countries. Israel and many former Soviet Republics like Armenia, Georgia, Eurasian and European nations recognized Russia’s talent pool loss was their gain. Up to 70,000 hi tech workers had already packed their bags within the first five weeks of Russia’s special military operation. Astute Putin quickly took steps to slow the exodus down, offering all Russian information technology workers a free pass on paying income tax until 2024. Thousands of Russian software engineers, developers and tech entrepreneurs have fled to greener pastures, of course an inordinate number of Russian Jews having already relocated to Israel in what has become a mass exodus from Russia until its abrupt halt this month.

According to Israeli Integration Ministry, “nearly 17,000 people have left Russia for Israel this year so far, more than twice as many as last year.” Times of Israel reported that since the February 24th incursion began, over 10,000 Russian Jews found new homes in Israel and thousands more are now waiting in the lurch, their path to Israeli citizenship now derailed by the legal drama unfolding in a Moscow courtroom that Israel is calling a national crisis. The July 28th hearing simply deferred the matter until August 19th. Meanwhile, everything’s on hold with tensions mounting daily between Israel and Russia. It’s safe to say their “honeymoon” is officially over.

Just as this decision went public in early July, Putin traveled to Tehran to confer with Israel’s archrival  enemy, Iran’s supreme leader Ayatollah Khamenei, whose tweet afterwards has to be taken as a snub:

Recent stances taken by the President of Russia against the Zionists are commendable.

Closing off access for Jews to leave Russia for a new life in Israel is the latest Cold War déjà vu flashback, where people’s lives are held in hostage by the shifting winds of the geopolitical chessboard. It’s also been said that Moscow’s shutdown of Jewish Agency services in Russia could be to ward off yet another Jewish brain drain since only about a third of the Russian Jews are still living in Russia. The Kremlin spokesman Dmitry Peskov was quick to deny that closing Jewish Agency services in Russia has anything to do with stopping a brain drain exodus.

In any case, the next wave of young recruited Unit 8200 cyberwizard kids plucked from Russian immigrant families for Israel’s Talpiot Program in service to the Jewish State, busily stealing yet more Silicon Valley secrets, further compromising the national security of the entire world, may not be arriving for duty from motherland Russia any time soon… but there’s a surplus of war refugees from the home of the Khazars in Ukraine still to tap, what’s left of it anyway. Of course, this ruffled feathered “crisis” might just be sleight of hand misdirection to obscure less transparent, less visible happenings behind the scenes, perhaps a “lovers’ spat” if you will. After all, over the recent decades Israel has forged friendly trade relations with both Russia and China. The enduring globalist bond between Israel/Rothschild controllers and the Soviet Union-turned-Federation still [waters] runs deep. All this East versus West WWIII showdown tensions may simply be chessboard drama staged by controlled opposition actors Putin and China’s Xi Jinping and the bloodline controllers’ Israel-Russia-China axis may well still be intact as the West gets thrown under the bus.

Joachim Hagopian is a West Point graduate, former Army officer and author of “Don’t Let the Bastards Getcha Down,” exposing a faulty US military leadership system based on ticket punching up the seniority ladder, invariably weeding out the best and brightest, leaving mediocrity and order followers rising to the top as politician-bureaucrat generals designated to lose every modern US war by elite design. After the military, Joachim earned a master’s degree in Clinical Psychology and worked as a licensed therapist in the mental health field with abused youth and adolescents for more than a quarter century. In Los Angeles he found himself battling the largest county child protective services in the nation within America’s thoroughly broken and corrupt child welfare system.

The experience in both the military and child welfare system prepared him well as a researcher and independent journalist, exposing the evils of Big Pharma and how the Rockefeller controlled medical and psychiatric system inflict more harm than good, case in point the current diabolical pandemic hoax and genocide. As an independent journalist for over 8 years, Joachim has written hundreds of articles for many news sites, like Global Research, lewrockwell.com and currently https://jameshfetzer.org. As a published bestselling author on Amazon of a 5-book volume series entitled Pedophilia & Empire: Satan, Sodomy & the Deep State, his A-Z sourcebook series exposes the global pedophilia scourge is available free at https://pedoempire.org/contents/. Joachim also hosts the Revolution Radio weekly broadcast “Cabal Empire Exposed,” every Friday morning at 6AM EST (ID: revradio, password: rocks!)

11 thoughts on “Joachim Hagopian, The Russia-Israel Alliance Is Cracking Amidst the Ever-Shifting Geopolitics Chessboard”